Nightcaps 35 defences of the Laing Shield 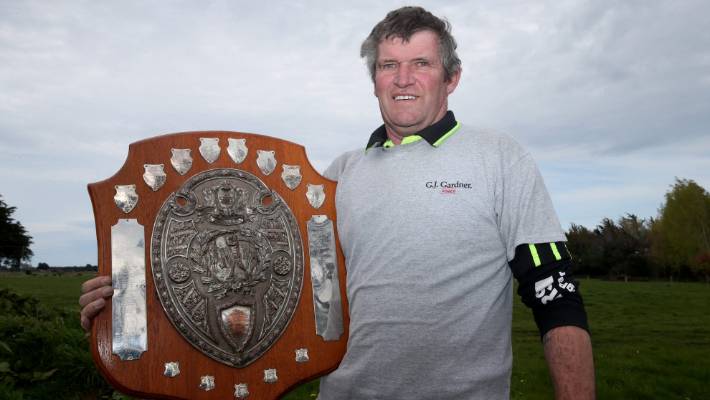 The Nightcaps Golf Club is riding high in its fourth year as holders of the province’s Laing Shield.

Club captain Stu Dobbie says the success has lifted interest in the sport in Nightcaps and attracting visiting golfers who want pre-challenge practise.

“[Rival] teams come out for a hit around before coming back for the challenge.”

The visitors’ green fees are a welcome boost to the club’s coffers, Dobbie says.

Nightcaps won the shield, in a match against Winton in August 2016, and have defended it successfully 34 times.

“There’s always someone in Nightcaps asking when the next challenge is.”

The latest was against Mataura two weeks ago, with the next scheduled with Waikaia on October 19.

The shield is contested every month except in December when most people are busy with Christmas.

Twenty three six-member teams, from throughout Southland, play in the competition.

Holding the shield for more than three years has lifted the spirits of golf members because for most of the five months prior to them winning it, no one was playing on the course.

Dobbie says a big help has been Ross Mangels who is a member of both the Nightcaps and Otautau clubs.

He joined Nightcaps in 2016 to help them in the shield competition.

“We wouldn’t have won the shield without Ross … and he’s been with us ever since.”

Dobbie has been involved with Nightcaps golf for 32 years, including 22 years as club captain.

He says the team is really supportive of one another and has each other’s backs. They are also very grateful to their caddies who help to make the team successful.

They are sponsored by the Collingwood Foodcentre, which supports every challenge, Dobbie says.

The combined club has about 20 members in both the bowling and golfing sections.