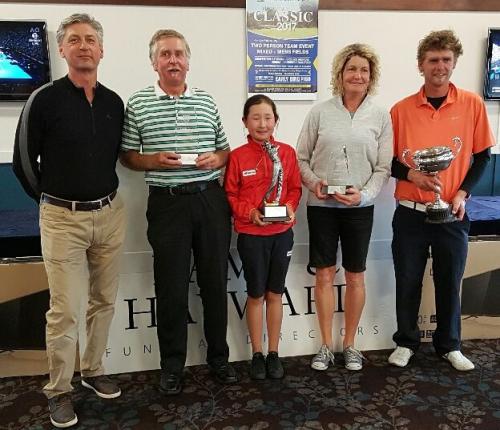 Scott Hellier needed to sink an eight foot putt on the 18th green to secure the Lamb & Hayward Canterbury Strokeplay title after starting the round with a six shot lead. He had been chased down by Jake Hallinan who was standing over a four foot putt on the 18th to shoot 67. Hellier got his putt to win, and perhaps seeing his title hopes dashed, Hallinan missed his putt for a two shot victory margin.